Did you know that the Portland Aluminium Smelter is Victoria’s single largest energy user? Imagine the pollution that could be cut if it was powered by clean renewable energy.

To date the smelter’s energy has come exclusively from contracts with polluting brown coal power stations, supported by large government subsidies (we’re talking hundreds of millions ????). This means that the aluminium produced at Portland is much more carbon-intensive and damages our climate more than almost any other aluminium in the world.

It’s a situation that is both environmentally and financially unsustainable. And it’s time to start drawing attention to this. We got the ball rolling yesterday by attending the AGM of Alumina Limited, which owns 22 per cent of the smelter.

We had volunteers out the front handing out flyers to shareholders of Alumina Limited, and we grabbed their attention pretty quickly, with the managing director Mike Ferraro coming out to grab a copy. Once the meeting started the Chair discussed the issue in his opening address and mentioned that they were under pressure from Environment Victoria to repower the smelter with renewable energy.

Environment Victoria CEO, Mark Wakeham, who was inside the AGM with a concerned shareholder’s proxy vote, asked a follow up question from the floor about how quickly Alumina were going to get moving to find renewable energy sources to power Portland. While Alumina didn’t make any firm commitments on the day, both in the board meeting and in discussions with the Directors afterwards, they insisted that they are open to other energy sources for Portland.

The challenge and task for us now is to work with the local community and workers in Portland to show the owners of the smelter that both the region and their company have a brighter future if they embrace renewables rather than clinging on to coal.

We’re already seeing some heavy industry embracing clean energy. For example, the Whyalla Steelworks in South Australia has announced it is repowering with solar, wind, batteries and pumped hydro. This will reduce costs and ensure the sustainability of its operations, and secure jobs into the future. 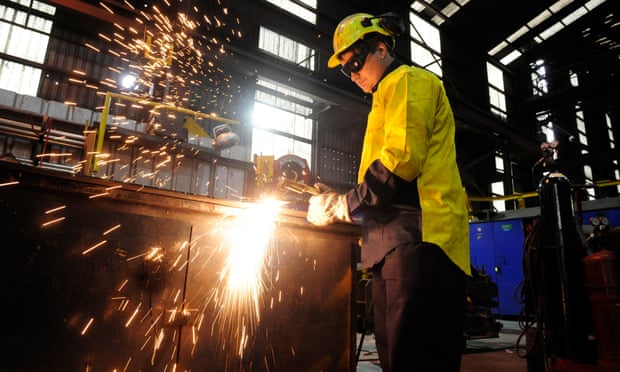 Whyalla steelworks to be powered by $700m solar, battery and pumped hydro project

Across the world, the aluminium industry is repowering too. Throughout Europe smelters are being transitioned to renewable energy sources like hydro and geo-thermal power.

Public and corporate expectations are shifting, and Victoria’s coal-powered aluminium industry risks being be left behind.

Switching the Portland Aluminium Smelter over to clean renewable power like wind, solar, and battery and pumped hydro storage will not only help the smelter reduce climate pollution but also reduce Alumina’s costs. This will allow them to remain a profitable business and a sustainable local employer into the future. The front of the our flyer that we handed to shareholders as the entered the AGM.

We can’t keep powering our lives with polluting fuels from the last century. It’s time to repower Australia with clean, renewable energy from the sun and wind, so let’s get on with it! Join a #Repower community near you.