In April, a consortium of seven international companies was awarded a total of $100 million in funding from the Victorian and Commonwealth governments to trial a coal-to-hydrogen project in Victoria’s Latrobe Valley.

But, despite the promise of public money, the project is a long way from showing it stacks up environmentally or economically.

Before the announcement in April 2018 there had been no public information or consultation, and there is a real risk that this is just the latest in a string of coal boondoggles that have failed to deliver, and that distract from the real task of planning a diverse and sustainable economy.

Which companies are involved?

The companies involved in the project are Hydrogen Engineering Australia, Kawasaki, J-Power, AGL, Iwatani and Marubeni. The project will cost a total of $496 million.

The project will involve mining brown coal in the Latrobe Valley, building a gasification plant that uses coal to produce hydrogen, trucking the gas to the Port of Hastings where it will be liquefied and shipped to Japan — the project is called the Hydrogen Energy Supply Chain (HESC).

The project has two possible stages, a pilot and a commercial stage.

The pilot project is relatively small and only involves 160 tonnes of coal. It is anticipated to be operational by 2020 and will only run for one year. A decision to proceed to a much larger commercial stage will occur after that, and would not be operational until the 2030s.

In the meantime it is understood that the pilot stage gasification and liquefaction plants are intended to be decommissioned.

Many elements of this project remain unknown. The Department of Economic Development, Jobs, Transport and Resources have been far from transparent in the approval and funding of this project, and refused to provide public information until the day it was announced.

The public consultation by the HESC consortium has also been far from satisfactory given the nature of the project. We are particularly concerned by the number of environmental, climate and health risks.

How dirty is creating hydrogen from coal?

The pilot project, which is quite small, will use 160 tonnes of coal, produce 100 tonnes of CO2 [1], and produce just three tonnes of hydrogen.

Creating hydrogen from coal is just as polluting as burning coal for ordinary power supply. Monash University alternative energy expert Dr Patrick Moriarty has said “it is just a way of making brown coal look green… that would do nothing for the climate.” [2]

Senior Energy Adviser to the Energy Transition Hub at Melbourne University, Simon Holmes à Court has noted that “While hydrogen itself is a clean fuel, using brown coal to produce hydrogen fuel is highly polluting. Unless and until this project captures and stores its emissions, the project will produce some of the dirtiest fuel possible.” [3]

The concern is that this pilot project could be the thin end of the wedge. If it is successful, a commercial scale plant would be much larger and more polluting.

What about Carbon Capture and Storage?

The HESC consortium has indicated that the commercial scale coal to hydrogen plant will not go ahead without carbon capture and storage (CCS).

CCS is the theory that you can capture CO2 and store it underground. There are unknown consequences of storing gas underground. Scientists have identified risks to soil and ocean acidification and erosion associated with this process. Leakage can also occur, undermining the argument that emissions are avoided. [4]

The biggest problem with relying on CCS is that it is currently so expensive, it is unlikely to ever obtain the investment needed to curb CO2 emissions at scale.

Energy analyst Simon Holmes à Court has noted that globally, more than 30 coal power plants with carbon capture have been cancelled or put on hold and that CCS technologies would need to halve in cost three times before it could compete with other carbon-abatement technologies.[5]

It is unrealistic to assume CCS technology will be at a safe, affordable and usable stage by the time the pilot project concludes. This increases the risk that a commercial scale coal to hydrogen project could be developed without CCS, leading to significant climate pollution.

Click here for six reasons why we think relying on carbon capture and storage is a risky strategy that’s likely to fail.

How much public money?

The whole project will cost $496 million dollars. [6] Approximately half of this investment will be spent in Victoria, with the other half going towards infrastructure in Japan and shipping.

Local conservation group Westernport and Peninsula Protection Council (WPPC) has raised concerns about a number of environmental risks of the storage and shipping aspects, if the project proceeds to commercial scale.

Firstly, Japanese ships entering Westernport Bay will be empty and may require ballast, which means they are likely to carry marine pests like the Northern Pacific seastar. This starfish is thought to be responsible for decimating fish stocks in Port Phillip Bay. Westernport Bay currently does not have this pest, so WPPC is strongly opposed to activity that increases the chance of its introduction. [7]

WPPC has also flagged the risk that if a commercial scale project were to go ahead, the increase in hydrogen ships in the area may require the dredging of Westernport Bay, an option that would be detrimental to the unique and internationally listed marine ecosystems. [8]

The consortium has indicated that the pilot project will only involve one ship every three months, which will be 4.5 m in depth and not require ballast.

When pressed on how many jobs the project could actually guarantee, the consortium indicated that the pilot stage gasification plant in the Latrobe Valley create around 20 jobs.

There are no clear breakdowns of actual job figures of the final project (if it goes ahead at all). When the project was announced, Prime Minister Turnbull told a crowd of people gathered at AGL’s Loy Yang Mine that the project would ensure 400 new jobs the Latrobe Valley.[9]

This number is misleading because it encompasses the whole project from coal mining in the Valley to transport and storage at Hastings. It is not local to the Valley as the Prime Minister wrongly indicated, and includes indirect jobs created as well.[10]

Haven’t we been here before?

The Latrobe Valley has a long history of coal projects promising the moon and delivering nothing.

For many in the community this project bears some striking similarities to the Lurgi Gasification plant that operated in Morwell for six years in the 1960s.

This plant used coal briquettes to produce a gas that was 50 percent hydrogen, with the remainder a mixture of carbon monoxide and methane. Parts of the Latrobe Valley are still dealing with the localised environmental damage caused by this project.

In recent years the Latrobe Valley has also been the proposed site of a number of other failed coal projects. Including the HRL gasified coal power plant, which was ruled out by the state government in 2013 and the three projects commissioned under the Advanced Lignite Demonstration Project (ALDP), which all failed to reach their funding milestones or progress to development. 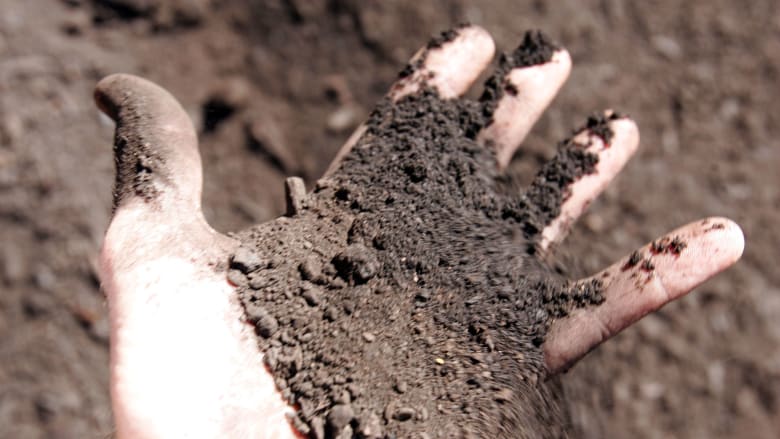 The last of a long list of government-backed clean coal projects has fallen over, with the Andrews government reluctantly confirming the end of a $90 million program announced amid much fanfare six years ago.

The failure of these programs to produce even one viable brown coal project should be a signal that it is time to move beyond this polluting and outdated fuel.

The final ALDP project not going ahead saved Victoria 2.2 million tonnes of climate pollution and freed up $30 million of public funding, which should be spent on projects that are actually capable of creating sustainable jobs in the Latrobe Valley.

Governments need to see that it’s time to focus on the real resources in the Latrobe Valley – the people and their skills – not what’s under the ground.

What environmental approvals will it need?

The gasification plant in the Latrobe Valley will need a Research, Development and Demonstration (RD&D) approval from the Environment Protection Authority (EPA) Victoria. This is a low level of approval (Works Approval) because it is small scale and proposed for a site that is already covered by Loy Yang mine’s Works Approval.

It is our understanding that the liquefaction plant at the Port of Hastings has not triggered the need for any environmental assessments or approvals from the EPA. This is based on not being a scheduled activity and not exceeding emission thresholds for any pollutants, again due to its small scale.

However the site is within the extent of a registered Aboriginal cultural heritage place and will require a Cultural Heritage Management Plan.

What about creating hydrogen from renewable energy?

Creating hydrogen using coal makes little sense when it can be just as easily produced from renewable sources like wind and solar that don’t risk doing further damage to our climate. In fact, Kawasaki, one of the chief companies involved in HESC, is currently also investing in renewables- produced hydrogen from Norway.[11]

There are currently two renewables-produced hydrogen projects under construction in South Australia. Both are set to produce more hydrogen than the HESC project at a much cheaper cost.[12]

For example Neoen’s wind and solar fuelled electrolyser project involves 150 MW of solar, 150 MW of wind, a 50 MW hydrogen plant and 400 MWh of battery storage. It will cost $600 million, and is expected to produce at least 20 tonnes of hydrogen a day.[13]

HESC’s $500 million project looks set to produce just 3 tonnes of hydrogen in total, with no plans to deal with the CO2 that is produced.

The Crystal Brook facility will produce up to 400 megawatts of solar and wind power each day, which will power the site's hydrogen 'electrolyser' to potentially produce 20,000 kilograms of hydrogen daily.

At this stage the pilot project is small, but appears that it will not progress to commercial scale without carbon capture and storage. CCS is still a mirage on the horizon that cannot reasonably be relied upon, and there is the possibility of the consortium deciding, if the pilot is successful but CCS technology has not matured, that they will proceed to commercial scale without CCS – this would be an environmental disaster.

Both stages of this project would prolong the mining and processing of coal in the Latrobe Valley, a process which carries environmental and health risks at all stages and distracts from the real task of supporting the Latrobe Valley to diversify its economy into more sustainable industries.

Show your support for a Just Transition

Projects like this have come & gone in the past without delivering. It's time to stop with the distractions & get on with the real job of creating sustainable long-term opportunities.

Will you call on the candidates for the seat of Morwell in the upcoming state election to bring the clean energy boom to the Latrobe Valley?