The first real rain since the drought should have flowed down the river to parched communities. Instead the NSW government let big cotton growers take it for their own private dams, raising serious questions about this practice of ‘floodplain harvesting’.

DESPERATE FOR A DRINK

Over the past few years, the Baaka (Darling River) has been parched. Towns like Wilcannia have seen the river stop flowing, turning into a ‘series of dank green ponds’.

The first flush from recent rainfall should have been allowed to move through the system, reviving the river and communities that depend on it. Instead, residents in Menindee, south-west NSW, waited from early-February until mid-March to see if the water would reach them, restoring the river’s connection for the first time in two years.

Now that water has arrived, it is nowhere near enough. WaterNSW forecasts up to 285 billion litres could reach Menindee Lakes, but that’s less than 17 percent of what it can hold.

These times of persistent drought demand the protection of our rivers – our lifeblood.

Join our growing community of over 100,000 Victorians and learn how you can make a difference.

Early in February, New South Wales seemed to provide this protection. A restriction was placed on floodplain harvesting on Friday 7 February – the government’s first attempt at stopping irrigators diverting water during the drought.

The restriction was meant to last the entire month. By Monday 10 February, it had been lifted for big cotton growing areas. Irrigators were given three days to harvest water while the best flows came through.

As the embargo came back into force, it lasted only a week. It was lifted again for additional floodplains, allowing them to take freely until the restriction expired.

SO WHAT IS FLOODPLAIN HARVESTING?

The land around the river is often just as flat. This is part of the reason it floods. Rains flood overland into the river channel, or full rivers swell over the banks across the floodplain. As floodwaters recede, the water ultimately flows back into the river and downstream, unless it is intercepted and taken. This is what is meant by the term ‘floodplain harvesting’. Rainfall or floods on flat country are diverted with levees, channels and pumps into large storages for future irrigation.

Some water storages are licensed. Irrigators are allowed to pump certain volumes of water out of the river (or groundwater) and keep this in dams. But filling water storages through floodplain harvesting is largely unlicensed. It’s usually not measured either, and the water is taken for free.

We don’t know how much water is taken in this way. Historical flows, by some estimates, have been reduced to 40 percent. That means important floodwaters don’t make it as far downstream as they should, depriving the river, ecosystems and communities of the water they need to be restored to health.

WHY IS IT PERMITTED DURING DROUGHT?

In the short-term, there is a critical question: why should some irrigators be permitted to take water at the expense of the river and river communities?

By then the government had already lifted the restriction under the guise of protecting irrigators’ infrastructure. They were asking cotton growers for real-world examples to justify a decision made in their favour.

Standing by the restriction would have been responsible, maintaining people’s rights. After all, the river and river communities downstream are entitled to flows created by rainfall.

Instead, the New South Wales government flipped back to what seems to be a perennial policy position: water goes to their mates first.

WHAT SHOULD BE HAPPENING?

In the long-term, we need to measure and account for floodplain harvesting. There have been attempts to bring regulation of it under the cap on water that can be taken, which everyone else has abided by since 1995. Fixing this loophole has been a goal of the New South Wales government since 2008 and labelled as a ‘high priority’ since the early Basin Plan discussions in 2010. It was meant to be recorded, licensed and monitored by 2011.

Any uncertainty in how much water is taken undermines water protection laws, taxpayer spending on water for the river and state planning that impacts how much water wetlands (and irrigators alike) get in Victoria.

Minister for Water Lisa Neville has written to the Commonwealth Minister asking for the Murray Darling Basin Authority and Interim Inspector-General to examine the take of water. Victoria needs to keep pressure on New South Wales for better accountability – but we can also make changes here.

NSW, Victoria anger as Queensland farmers get their fill of water

Victoria has called for an investigation of Queensland’s decision to let farmers fill their dams from rivers flowing for the first time in years after substantial rain.

Victoria can fulfill its obligation to license activities that intercept and store water, such as stock and domestic dams. This way we’ll know the true extent of water use and can share our water fairly.

Victoria can also address its outstanding commitment in the Basin Plan to remove barriers to the delivery of water for the environment. The public has invested in water to nourish the floodplains, but we need to address rules about how dams operate and physical constraints like low-lying bridges that prevent the water from getting there.

In New South Wales, the water is diverted before it can revive the river. But in Victoria, rules and barriers prevent the river from reviving the floodplain.

Funding is available, we just need government initiative to adapt our infrastructure to the river’s natural flood cycles.

WHO HAS THE RIGHT TO THE RAIN?

This has been the most intense drought on record and it raises a question for river communities: who has a right to the rain?

Along the Gwydir, Macquarie and Namoi Rivers in New South Wales, large volumes have been taken by floodplain harvesting. This means the Lower Darling may not see the water it needs, and communities along Victoria’s rivers will end up forfeiting water to fill the gap. 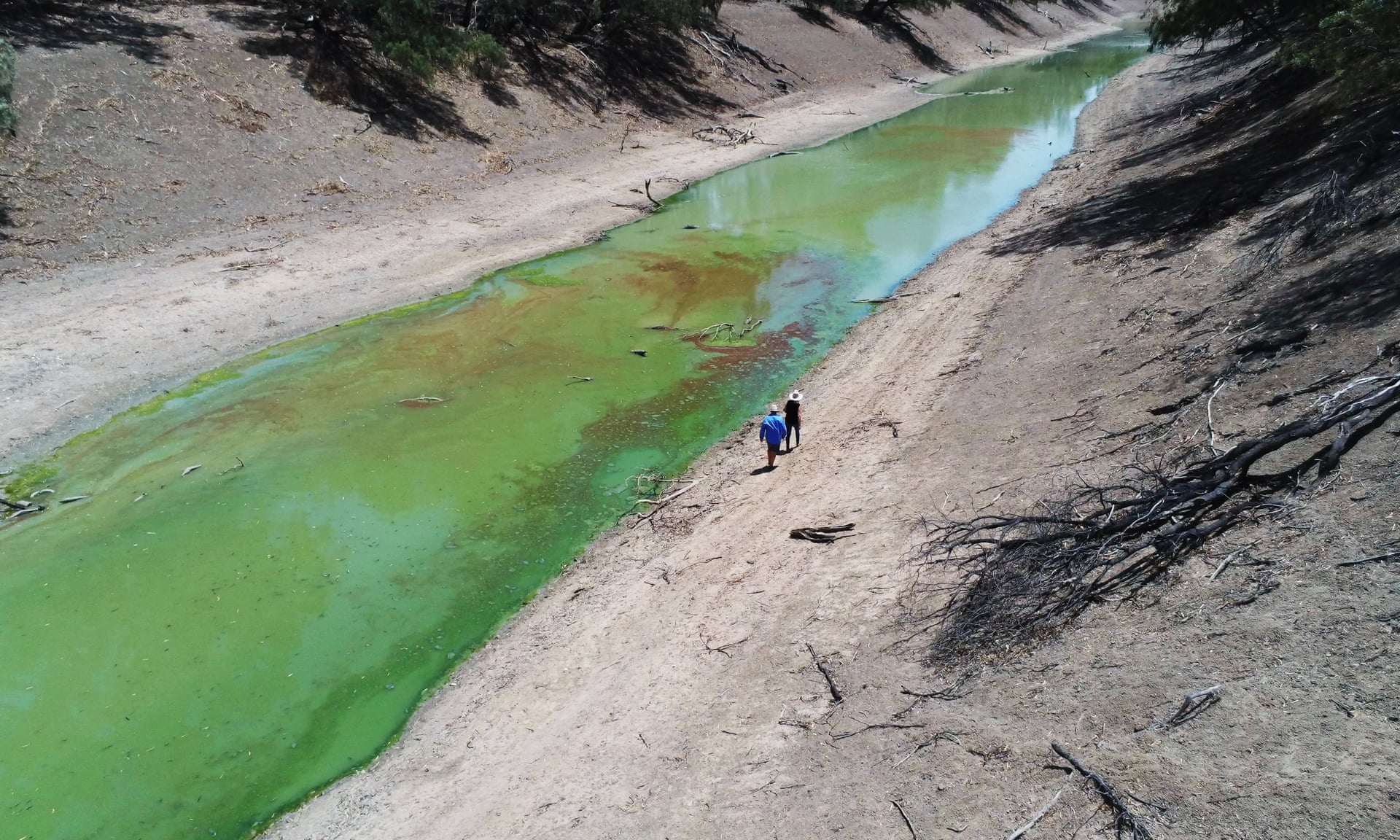 'The river is sick': NSW urged to halt floodplain harvesting in Murray-Darling

The decision by the NSW government to lift the embargo on floodplain harvesting in these rivers confirms what we often suspect. A couple of meetings and firmly worded emails seem to be all that big irrigators need to hold onto their privileged water rights, even though it means communities and the ecosystems downstream will lose out.

There wasn’t a public consultation, a town hall meeting or a call for comments beforehand. This suggests that all water users are not on an equal footing. When water finally flows down the Baaka (Darling), some large private companies get priority.

We’ve outlined a clear strategy to restore integrity to the Basin Plan so it can deliver on its key objectives – to keep the rivers and communities alive and well. This includes the regulation of floodplain harvesting.