In November 2022 Victorians voted for the most ambitious climate action plan in Australian history.

The Andrews Labor government was returned for a third term with nation-leading plans to ramp up clean energy and cut climate pollution. Here’s what it means:

During the election campaign we supported local communities to ask all candidates to step up and explain what they’ll do to champion ‘Clean Energy for All’.

Through candidate forums, market stalls, on social media and via email we helped to elevate climate as an issue. The result absolutely would not have been possible without the hard work of people like you, all over Victoria and the country, demanding action. Together we’ve helped change what is possible! 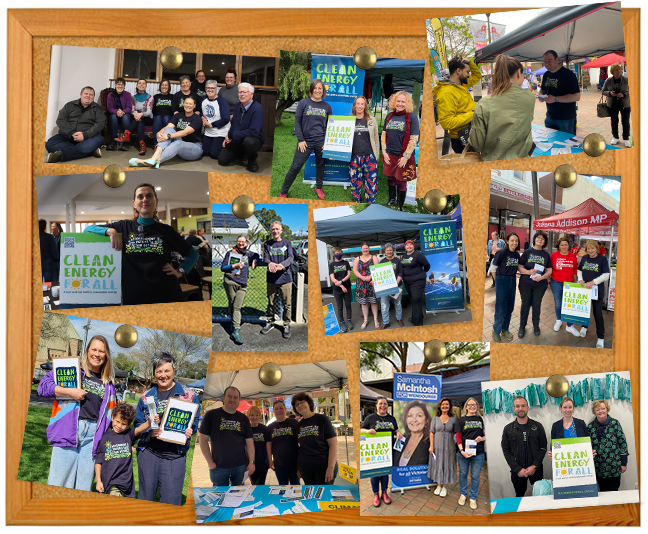