1Our Campaigns 0Safe Climate Blackouts in Victoria: what causes them?

In August, the Australian Eenergy Market Operator (AEMO) warned that more than a million Victorian households were at risk of being without power this summer during extreme heat if two of the state’s power plants — which are out of action following faults earlier this year — are not returned to service in time for peak periods.

It has also warned that Victoria’s ageing and increasingly fragile coal and gas plants are putting Victorians at greater risk of blackouts particularly in extreme heat when they can fail under the stress.

Blackouts usually have a range of causes. For example in January 2018 when there was a prolonged heatwave in Victoria and South Australia which increased demand. At the same time, three coal-fired power plant units in the Latrobe Valley were out of action (two due to unexpected outages, one planned maintenance) which reduced the amount of available power.

To make matters worse, the coal-fired power stations that were working struggled to produce energy in the heat, further reducing the available supply of electricity.

This is worse in hot weather when the ageing power stations become less efficient, struggle to cope and more likely to break down. In November CFMEU Mining and Energy Division Victorian Branch secretary Geoff Dyke put out a warning that Victoria’s coal power stations can’t be relied on in the heat saying. “[I]f we get a decent summer Yallourn [Power Station] is that unreliable it’s not going to be able to stay on if we have four weeks of hot weather.”

Victoria’s coal-burning power stations usually produce around 70 percent of the state’s electricity, so when they fail it has a big impact. Because they burn brown coal, they are also the most polluting in the country and are the state’s number one source of greenhouse gas emissions.

Many blackouts are not caused by lack of supply but problems in the transmission network. Our electricity infrastructure is ageing and become more unreliable and susceptible to damage.

Transmission stations can fail in extreme heat, storms can bring down pilots and lines and bushfire affect transmission as well. Rooftop solar is supporting the grid

There are now more than 375,000 households in Victoria with solar panels. They provide crucial energy supply during extreme hot weather, reducing the strain on the rest of the energy suppliers and moving the peak to later in the day. For example on December 20 2019, which Australia-wide was the hottest December day ever recorded, open NEM data showed rooftop solar at its peak provided 1,400 MW of supply and was contributing almost a power station’s worth. 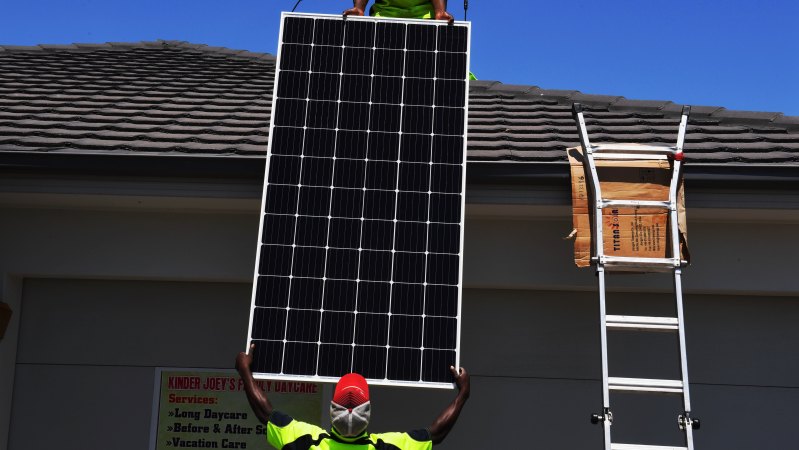 Surging power bills and the falling price of solar panels have pushed the number of households with photovoltaics on their roofs past the 2 million mark, according to analysis of Clean Energy Regulator data.

How to prepare for a blackout

What is load shedding and how does it work